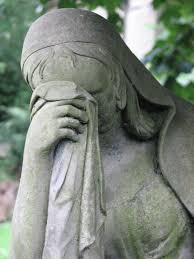 A shocking crime was committed on the unscrupulous initiative of few individuals, with the blessing of more, and amid the passive acquiescence of all. – Tacitus

Irwin Cotler – When constituents of mine began reporting that they were receiving telephone calls asking if they would support the Conservative candidate in the pending or imminent by-election, I rose in the House to assert that the practice breached my privileges as a member of Parliament and indeed that of Parliament itself. MORE

Justin Trudeau and NDP – “His father famously uttered fuddle duddle in the House of Commons. On Wednesday his son went one better, calling the Environment Minister a “piece of shit.”Justin Trudeau, the Montreal Liberal MP, admitted he just lost his “cool.”He just couldn’t hold back in Question Period after Peter Kent attacked NDP environment critic Megan Leslie for not attending the climate-change conference in Durban, South Africa, last week” From Globe and Mail

Sandy White of the Globe and Mail “With the government’s omnibus crime bill set to become law, a critical question we should ask is whether we are becoming a society that fosters hope or one that extinguishes it. While Canada is a country of promise in many ways, the government’s course of enacting legislation that favours incarceration and punishment over treatment and rehabilitation stands in conflict to the values that make it such a formidable nation.”