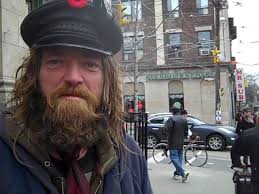 Tonight I witnessed something that was done in a cold and ruthless way on the backs of those who have no voice. Tonight I saw our Mayor Joe Fontana and Counselors Swan, Henderson, Polhill, Orser, Van Meerburgen, D.Brown, and White, all vote to cut One Million Dollars from affordable housing. What is unbelievable is that Joe Fontana was the former federal housing minister and Counselors Polhill and White are in wards with the second highest rate of Ontario Works in the city and yet they slashed away at the people who need their support most.

These Councilors voted to reduce hours at community centres where many of the most vulnerable go for help: Fontana, Swan, Henderson, Polhill, Orser, Van MeerBurgen, Brown. Thankfully they lost.

There are so many of you who voted to put the Mayor in on a 0% tax increase and the result is cuts to the poorest in our City, cuts to children and cuts to homeless Londoners. Was it worth it for the savings to you?

I would and I’m sure you would too.

If you have agree then you have a responsibility. Your responsibility is to not just be angry or heartbroken or sickened but to do something about it. You must decide that you will no longer sit behind your keyboards idly complaining but that you take action.

Write or call these councilors and the mayor here:

Send a letter to the editor of the London Free Press here: letters@lfpress.com

By doing this you choose to pay your fair share and you choose to make a City of opportunity for everyone but not on the backs of the poor.