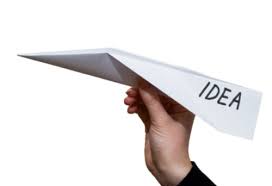 Saturday morning I had the privilege of attending Rethink London’s input session on creating the master plan for London. This is a once in a lifetime opportunity to help decide how and where and in what way London will grow for the next next 20 or 30 years. I was struck again and again by the diversity, depth, and richness of ideas shared by the citizens of London and the openness to hearing ideas and the dialogue these ideas spawned.

Themes of developing and retaining talent, a walkable city, thoughtful use of green technology, the improvement of transit, urban farming, community gardens, public spaces to gather, and thinking of neighbourhoods as a destination all surfaced again and again. There was a genuine excitement about the possibilities that we were collectively imagining our future to be and there are few things as powerful as a community coming together and dreaming.

But there are some worries as well. Many expressed in the room and on social media that despite the input and the excitement, our City Council will not listen. Beyond the room I have heard everything from, “Why should I come? It won’t change anything,” to “You think this council is seriously going to pay attention to this?” On twitter there are  number who continually complain about the “usual suspects” without making the effort to become one of them themselves and to add their voice to the discussion. However, there is reason to understand why some have lost faith with the outcome before it even arrives. From Reservoir Hill to Sunningdale to Hyde Park, years of citizen input has been ignored. There is no denying it, but is standing on the sidelines and opting out or criticizing without participating the easy way out of a difficult situation? Or is it the honest reaction of those who have tried and tried and have no more faith to give?

Even developers are having issues. One such developer with whom I’ve been speaking, feels his industry is not being fairly represented. He believes they are being unfairly labeled and are not the force of evil they are often made out to be. His point is that developers are working within the rules set by council and the province and it is not fair when they get lambasted for following the rules. I really like that there is someone from this industry having a conversation with me. This points to a want to communicate and a lack of understanding many of us have around development and growth issues. Some areas he and I disagree on but we’re having the conversation. That’s an important first step.

I also understand that this plan is not only about roads and buildings but about the quality of living in London. We have a really great City with outstanding parks and a bounty of natural and historical beauty. Add to this the growing and vibrant arts and culture scene and we have real potential to make London something even more special than it is. The Fringe, Nuit Blanche, Car Free, Home County Folk Festival, Passion Fool, Call the Office, London Music Club, London Poetry Slam, Pints and Politics, The Citizens Panel, Citizens Corps,  Geek Dinner, The Unlab, Unlondon, Museum London, Fanshawe Pioneer Village, Children’s Museum, The Grand Theatre, Grickle Grass Festival, Sunfest, The London Lightning, The London Knights, Covent Garden Market, The Western Farmer’s Market, London Short Film Showcase, Culture Days, Orchestra London, and the list goes on and on. There is a lot going on in “old foggy London town” and such a diversity of options that there is literally something for everyone. These things need to be considered as a part of Rethink and I am heartened with the cooperation between planning and the folks working on the Cultural Prosperity Plan to ensure this happens.

One criticism, that merits some consideration, is the perception that London is staid and will not take risks in large community projects. This criticism was front and centre during the presentations to the Economic Prosperity Committee last weekend.  A number of private and not for profit groups made presentations to the committee for everything from a performing arts centre to a new expanded Museum London to a new development in SOHO to investing in a student business incubator. All very exciting ideas that bare serious consideration. However, the only one that got any immediate traction during the meeting was the one private development on the banks of the Thames. There is nothing wrong with the idea, if it fits with planning policy, but it seemed our leaders missed an opportunity. The opportunity was around the chance to invest in something that was for the whole of our community as well as a golden moment to say to Londoners and the world that we are serious about investing in our community. Maybe they will come back to some of these proposals or better ones will come forward but my point is that public projects are good for the community. The JLC and Covent Garden Market are two outstanding examples of how this kind of building can create wealth for all of us. The Market and JLC have improved and become corner stones to downtown life, so why not be bold and add some more bricks to the foundation? Why not an Arts Centre or Museum or a closed Dundas Street or having the University downtown. These investments, while expensive, have a benefit for our economy and quality of life for decades to come. My hope is we start to take these ideas and build them sooner rather than later.

In the end, and thank you gentle reader for bearing with my ramblings to this point, we are left with a choice. We can chose to shake our fingers and wring our hands from the sidelines or we can become involved in the well-being of where and how we live through participation and dialogue. I choose the latter. I choose to become one of the usual suspects. I choose to speak and listen and add to the ongoing, maybe futile, frustrating, energizing, inspiring, maddening, but always worth the effort, chance to have a say in where we are going and how we get there. A chance to dream a little and hope despite our misgivings. I’d rather dream and do, than shake my head and sleep. 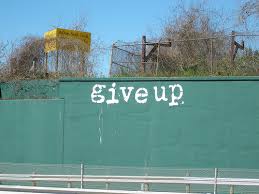 In talking with some close friends in the recent weeks and in a conversation with my wife it is becoming clearer and clearer that we have a falling faith that things can get any better. There is a fog of pessimism that clouds our horizons and we no longer know where or how we can move forward as a city, province, or country. I hear “whats the point” or “ we just have to move on” or “ I can’t change anything”. I hear a collective willingness to not do anything and to passively accept whatever comes our way. Such is the place we have come to occupy.

Our federal leaders have whittled away freedom of speech, the well being of the environment, work for the young, the enforcement of more stringent unemployment benefits, ignored the criticism of the U.N. on food security in the north, human rights,  and raised age of retirement. Provincially we face short falls in revenue and so the most vulnerable amongst us will face a lower expectation for support, and the lay off and closings of many of our largest manufacturing plants just keep happening and happening.

Locally there is deep cynicism around our municipal government. A sense that input is not valued. We also lost a great champion who fought for those most of us wouldn’t even touch. There is also unprecedented growth in the gap between the richest and the poorest and the middle class, the last bastion of our collective progress toward a better society, is shrinking and increasingly silent in the face of the challenges that face us.

Friends I am sad. I am sad that we are not doing anything about any of this. I am sad that we can’t seem to pull together. I am sad that the majority of us don’t speak up or even show up to ask for the changes we want. I am sad that some will read this and only view it through the lens of “what makes him think he should get to speak on this” or  “ oh there goes Quigley again, bleeding his heart all over the place.”

I don’t have any quick solutions to any of this because none of these issues will be fixed quickly. They require dedication and commitment over a number of years. They require us to stop thinking that the next election will fix this. They require that we ask everyone of our neighbours to do more than look on sadly while the opportunity for better days slides by. They require us to stop looking backward at the good old days and look around us and see where we are today. To begin to plan for 20 years from now so the same conversation won’t happen then as it is now.

I’m not sure that writing these thoughts out and sharing them accomplishes anything, but at least it is something. At least it’s a start. At least there are some others out there doing the same thing. But, dear friends, we are not even close to making it better yet. We haven’t even started yet. There will be no hero riding over the hill to save us. Nope there won’t be. But there is us and frankly i’d rather have us than a hero.I’d rather have 50 of my neighbours than a some political visionary. For me, and I hope you, it’s time to get started……again.