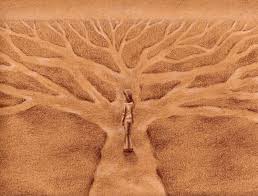 I have been aware in London of a growing chorus of criticism that seems offered with great thought and careful assignation as to its intent.  Criticism is an important part of a public life and public discourse on issues large and small that affect the community around us be it local, regional, national, or international. Benjamin Franklin said ““Critics are our friends, they show us our faults.” and I agree that a person who receives criticism should look at that criticism and sift it for veracity and weight, should careful look at the words expressed and the author of the criticism and understand its intent and direction, and then learn from it. There is often much to learn from criticism both about the person who offers criticism and the person receiving it.

If we are going to think about this idea of the critic and criticism then we should perhaps look at the definition of each and the internet happily provides a definition  for each:

1.a person who judges, evaluates, or criticizes: a poor critic of men.

2.a person who judges, evaluates, or analyzes literary or artistic works, dramatic or musical performances, or the like, especially for a newspaper or magazine.

3.a person who tends too readily to make captious, trivial, or harsh judgments; faultfinder.

1.the act of passing judgment as to the merits of anything.

3.the act or art of analyzing and evaluating or judging the quality of a literary or artistic work, musical performance, art exhibit, dramatic production, etc.

5.any of various methods of studying texts or documents for the purpose of dating or reconstructing them, evaluating their authenticity, analyzing their content or style, etc.: historical criticism; literary criticism.

So we have Mr. Franklin telling us critics can be our friends and definitions for critic and criticism and all is clear in the world and we can move through content in the knowledge that criticism is offered with good intention from those who offer it with honest intent. But there is something british Prime Minister Benjamin Disraeli said about criticism that I think  has some merit in the London context. He said “ How much easier it is to be critical than to be correct.”.

That’s a very important point he makes and in London bears  some thinking about. I have seen some who have suggested to the face of those they criticize how much they respect them or in what high esteem they hold them or how important their friendship is to them, and turn around and write things that assume the worst about those they just criticized. I have seen some who offer criticism  learn the context of an action they are criticizing and still ignore that new information and continue to think the worst. I have observed some who moralize about being open to all questions and defend the questioner regardless of the multiple negative experiences some may have had with that questioner , and there are those that preach this path who are the first to jump off of it when questioned themselves.

It is easy to sit within the comfortable, self reinforcing, arm chairs of intellectual discourse and be seen to be reasonable and open, it is delightful to sit on the outside and to carefully craft criticism that seeks the “truth” and digs for “honesty”, and it is sublime to fire rapid questions with out the critical eye of intent being examined and have those “honest” questions be defended as sober and important. It is often much harder to be in the middle of working on issues and questions and initiatives and see, as Disraeli said, how much easier it is to criticize than be correct.

I have many, many faults and among them I am quick to feel criticism and be hurt by it, I find it hard to forgive, I find it difficult to see criticism offered  without context and not respond energetically, I find it hard to move on, and I find the burden to be very heavy when I see criticism or ideas offered without seeing the individual offering them do something about that which they write. I am also at times not the easiest person to get along with but I never do anything with out the best of intentions and never do anything maliciously with an intent to harm. It’s not in my nature despite what some may think. I try to make my community a bit better but know I often fail and I know I am deeply imperfect, but I do try.

I write these words knowing that I may face a hail of criticism for offering them and know some will assign the worst motives to these words. The criticism I will weigh but I suggest it is not enough to criticize publicly without a context and if you know the person you are criticizing I suggest you pick up the phone and find out that context before weighing in. If they are a public figure, and i am not talking about government here, I think the same might apply. This is especially true when the body of  their work has been laudable and of benefit to the community. In other words give someone the benefit of the doubt.

I am going to work harder in being more open to criticism and will try to be much less aggressive in my defence and if I am failing then drop me a private note to tell me and i’ll try harder.

Criticism is easier to do than the doing of the something  being criticized. To the critics out there i’d ask you to consider the people and actions you criticize carefully before weighing in. Otherwise we will be no closer to their goals or your suggestions in refining those goals. If not then aren’t we  all just shouting at brick walls? And don’t we have enough of those walls in London already?