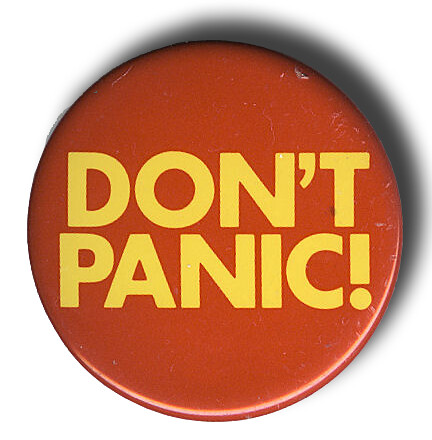 It was with alarm that I became aware of an article by London Free Press reporter Jonathon Sher about Bethesda House, LHSC, and mental illness where Mr. Sher made some broad assumptions about not only those who have a mental illness, but about how we, as citizens of London should feel about them and the places where they are treated. The fact is that 1 in 5 of us has, or will have in the course of our lives, a mental illness. My personal  experience has been documented in other posts here, here, and here. I also have direct experience with advocating at all levels for the need for increased support for those with a mental illness.

Our own parliament defines mental health as:“Mental health is defined as the capacity to feel, think and act in ways that enhance one’s ability to enjoy life and deal with challenges.”

Mental illness is defined by the Public Health Agency of Canada as: “Mental illnesses are characterized by alterations in thinking, mood or behaviour associated with significant distress and impaired functioning.”

The Canadian Psychiatric Association quite rightly points our the dangers of how we define mental illness saying, “Mental illness and mental disorder are not easy to define. Misunderstandings lead to misuse and abuse of the terms, reinforce myths, and even prevent people from getting help when it is really needed.

The media has shaped many of the ways we think of people with mental illness through movies and TV like Psycho, American and Dexter, watching the real-life drama of Charlie Sheen and Bi-Polar/Bi-winning, or the sensational news stories of murderous rampages. We often don’t think  of people with mental health issues as having a medical and treatable illness. Mental illness makes many people very uncomfortable and since it is an “invisible” illness, it’s hard for us to understand the circumstances of a person with a mental illness in the same way we might if a person had cancer or a serious physical disability.

In the article published by the Free Press, of which there are two versions (version one and version two), there is an implication that some possibly dangerous people will be moving into the recently acquired Bethesda House and that the public need to be informed. The title of the article on May 15th was “London Health Sciences Centre’s secret: Program for psychotic disorders could move to former Bethesda Centre” and it opened with the following sentence, “London’s largest hospital is considering moving a program for adolescents and young adults with schizophrenia and other psychotic disorders into a residential neighbourhood.“ The headline and first sentence are written in a way as to sensationalize this issue by implying that LHSC intentionally kept the move a “secret” because they feared the community’s response. Mr. Sher is perpetuating a stereotype that people with mental illnesses should be feared.

Emphasizing  this point at the end of the first sentence Sher says, “a possibility officials didn’t acknowledge until pressed repeatedly by The Free Press.”  So not only is a threat moving into residential neighbourhoods, but it’s being hidden by our local hospital. The article goes on to say, “London Health Sciences Centre announced Wednesday what appeared to be unambiguous good news for the London neighbourhood tucked behind the Children’s Museum .“ So now we not only is there danger and a cover up, but Mr. Sher has made sure to let us know that it will be close to a children’s play facility. All of this in the first 57 words of his article.

The article goes on to to explain that at first it was supposed to be only an eating disorders program moving to Bethesda but, “It was only after The Free Press insisted on a response that the head of the hospital acknowledged Thursday that PEPP might be moved.” What is PEPP? PEPP stands for the Prevention and Early Intervention Program for Psychoses which, according to the website for the program is, “a community-focused mental health program which provides prompt assessment and comprehensive, phase-specific medical and psychosocial treatment for individuals experiencing their first episode of psychosis. The program is structured around a modified assertive case management model. The intensity of the treatment is guided by the patient’s needs, the family’s needs and the stage of illness.” This program is designed to provide an early intervention to help teens and young adults in preventing serious mental illness. I worry however that these young people may stay away after the way these articles have framed them as a potential danger. Young adults are self-conscious enough about how they are viewed and as a result of these articles they may never go to PEPP to get the help they need.

The second article, which uses the same website address as the first, is headlined with “Neighbours cry foul at LHSC’s handling of possible move of psychoses program to residential area“ and again starts with the alarmist opening sentence, “A London hospital might move a program for those with schizophrenia and other psychoses into a residential neighbourhood.”  Very much like the first article, Mr.Sher has linked mental illness with the inference of danger moving into a residential neighbourhood. Much of the next several paragraphs are the same as the first article then we have the response from neighbours, “The lack of disclosure upset neighbours, who received notices from the hospital that made no mention of the psychoses program.” Again the inference of some cover up of danger by not sharing this information with the neighbours.

Both articles imply that mental illness is dangerous and the hospital is trying to cover up the move of PEPP and at the end of each article, the following poll appears. “Would you be upset if a program for people with psychotic disorders moved into your neighbourhood? “ I’m not sure The London Free Press could be any less ambiguous about the linking of those with a mental illness to causing disruption and danger to a neighbourhood. This insensitivity to those with mental illness leads to increased stigma and prejudice and is being amplified by the very large reach of our local newspaper.

I have no argument that LHSC should have been much more thoughtful about the potential move of these programs. They seem to have dropped the ball and it also seems to me that in this case there are some employees with an axe to grind about the program’s move and because they had that axe to grind they contacted The London Free Press. Fair enough, and so they should, but to then create the kind of connections the article did between implied danger and young adults with serious mental health issues is sensational, insensitive and unfeeling. If a diabetes program were to move into the neighbourhood would Mr. Sher be as compelled to shine the light of journalism on this issue? If the hospital hid plans to move a geriatric specialist  into the neighbourhood should we not also be worried?  All those old people are coming from somewhere and they’re coming to your neighbourhood! No, of course not, but in these articles this medical and physical illness is being ostracized for reasons I am having trouble understanding.

The lives of people with mental illnesses are hard enough without articles like these coming out and re-instilling false fears. We don’t need to be worried about the mentally ill living amongst us for indeed they already are and have always done so. Mr. Sher’s article has made it just that much harder for people with a mental illness, including those I love, to be accepted for who they are. I’m not sure why Mr. Sher reported this story with this slant but perhaps next time he covers mental health he could be a little less cavalier about linking mental illness with danger and perhaps a little more thoughtful about the impact this kind of writing has on our fellow Londoners with a mental illness. We could all learn a lesson here and exposing stigma and prejudice about mental illness is not only for Mental Health Day, in my house and in our community, it should be everyday.

Our newspaper should better serve our community and not resort to this kind of sensational reporting. Most of the time it does this, but in the case of these two articles there is a lot of room for improvement. I hope that happens and I hope Mr. Sher pauses next time before increasing the prejudice and stigma of mental illness by linking it to cover ups and implied danger. Those with a mental illness and their families have enough of a burden already without the added weight of this kind of sensational reporting.

3 thoughts on “Sensationalism, mental illness, and the London Free Press”