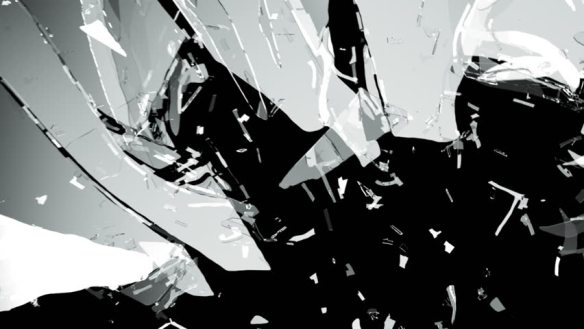 Another friend thinks this has happened because as individuals we are so concerned with expressing our own opinions, especially on social media, that the institution that generally hold us together can no longer bear the load. There is some truth in this.

But these institutions that drew us together began failing in the 1980’s and through the 90’s – well before the advent of facebook, twitter, and the red stripe of rage that runs through them. We were losing faith when governments, religions, trade organizations, unions, and community organizations became proxies in the war of economics and capitalism, dressed in the robes of politics, that launched when President Regan, Prime Minister Thatcher, and Milton Friedman began their ascendancy. Its a war that continues today and now uses the mask of populism as a prop.

The centre has shattered and the pieces left are so sharp that we cut ourselves by trying to pick them up and fit them back together. Identity politics further shatters what was blown apart by partisan hand grenades. You cannot speak publicly without being labelled with a tag that reinforces your worldview or has you attacked.

In the midst of this we hear the plaintive calls for us to reach back to a more civil form of public discourse. This comes from those who in the past chose not to rock any boats but fought quiet battles in back halls of power.

I don’t think it is possible for us to fit the pieces back together. To rebuild faith in institutions, political parties, churches, the media, or any other organs of society. We can’t do this because we don’t care about reforming institutions as a means to moderate us as much as we care about winning or being right.

We care more about making sure we get our piece of a tax cut. The result is we will not stand up for the poor or elderly than we will act for the addict or the mentally ill or those who feel the sting of prejudice. These may be a cause to add your voice to while in the moment, but to act to change these pandemics in any meaningful way? No. We don’t want to pay that tax or risk the wrath of corporations removing jobs to pay for the mechanisms of well-being.

So the middle class shrinks rather than stand up for itself and instead we complain about property taxes or how much teachers get paid. The middle class is self-involved and self-serving with the result that it dismantlements itself while the 1% cheers. We do this to ourselves using governments we elect.

I have a bleak view of things, and I understand that it is difficult to hear or consider. But you have to admit where you are before you can make any change and “innovation” or “ efficiency” or “going back to the good old days” will not save us. We must honestly see the enormity of our dysfunction before any change can be made and then, even if we do, it’s unlikely we have the will to do anything to change it.

We are, each one of us, shattered on the aspirations of our egos. We demand and demand and demand but only for ourselves and not for others who need our voices added to theirs. The end of the middle class will not come with a bang, but as Elliot said, with a whimper.

In the next post I’ll expand this by talking about personal vs. collective actions.

1 thought on “Shattered ( Part One – The Complaint)”