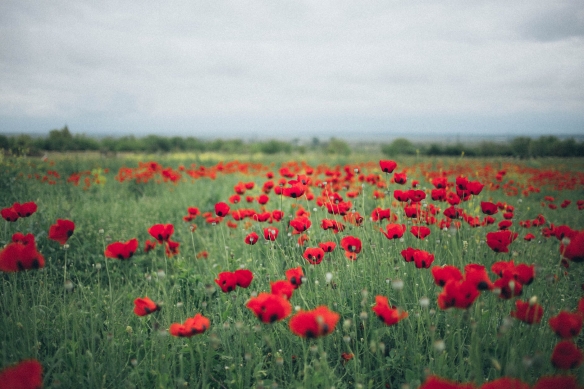 I am, like so many of you , thinking of Remembrance Day. My Great Uncles and Grandfather served in World War Two. Came from their homes around Maesteg in Wales and were flung across the continents of the world to stop a man who wanted to erase whole chunks of humanity and put his jack boot on the throat of the globe. I am so grateful for their service and their sacrifice . So grateful to their wives and children who stayed at home while bombs fell. So grateful to those men and women who worked the factories to supply the arms and equipment to end the thugs reign. I Remember.

But I also remember what they lived through before the war. The privations of the depression. Seeing their fathers flung out of work and their mothers standing in bread lines. Nothing very glorious or heroic about what millions across our planet went through only then to face a conflict on a scale the likes of which humanity had never seen.

But that generation, and yes they were The Great Generation, came through the depression and a world war and looked around and said somethings have to change. In the privileged west, whilst the planet began the slow process of rebuilding, they began to build. They built public education on a massive and well funded scale. They brought in access to universities and colleges for whole tranches of people who before the war would never have been allowed through their ivied entrances. They brought in health care on a scale that eradicated so many diseases that mere decades before would have left people buried rather than go on to raise families. They instituted labour reform so children didn’t have to work and that a persons dignity was ensured while they did it. This growth led to a growth in rights and freedoms that had never been seen since nor after. They were The Great Generation.

Sadly their children, The Boomers, turned their backs on this progress and decided that corporations have the rights of people, that tax cuts are better than service increases, and that greed is good. The generation that demanded freedom and said don’t trust anyone over forty went on to curb education, health care, working rights, and have brought us to the point we are at now.

Don’t get me wrong. There are enough of my generation, Gen X, who did their part as well and there are a good number of Gen Y lining their pockets and following the example of the previous generations. But after The Great Generation invented the middle class and grew it so prosperity was more about sharing wealth than owning it, The Boomers started to pull it all down. In a whirl of deregulation and tax cuts for corporations and the wealthy they started an avalanche to a time before The Great Depression.

We as a species are often stupid when we try to act as a large group. A person who would gladly share their food with someone who didn’t have any or would welcome a stranger in need into their homes are the same ones who vote in leaders and governments who have bankrupted the promise of the spring the Great Generation started.

Today we reap the harvest of what The Boomers created. Weak or stagnant wage growth that began in the 80’s carry through to today despite the increase in productivity by workers. It takes 13 to 29 years today for Gen Y to save for a home in contrast to the mid 70’s when it took and a average of 5. And Gen Y leaves with more school debt than any generation previous and have not inherited a world that was better for them as it was for their grandparents.

So this Remembrance Day I’m not only thinking of my Grandfather and Great Uncles who served but I am also remembering what that generation did to rebuild after that largest of wars. The building of infrastructure, wages fairness, a better world for their children than they had, an expanded and funded eduction system, a universal system of medical care, and a progressive system of taxation that made sure millions would not fall back into poverty. That’s what I am remembering this November 11th. I’m remembering the Great Generation, with all their flaws, and remembering the slow loss of many of the things they built. I remember the scope of their accomplishments and hope today we will begin to renew the promise of what they started.