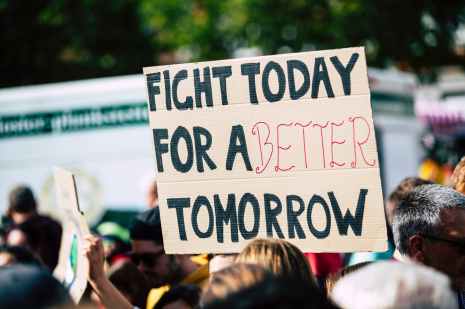 I know some people who think that Activist is a derogatory term. That an Activist is someone that cannot be worked with. That an Activist is a person or persons blocking progress to community-wide goals. So are activists really a problem when trying to solve big problems like food, or housing, or addictions? Yes, Activists can be part of the problem but as equally to blame are often the local Governments, Nonprofits, and Funders. But it’s easier to blame those without power than those with.

The Activist in our community is there to make you feel uncomfortable. Is there to make you recognize there is a problem you have been ignoring. Is there to force an issue, long-buried, into the light of public awareness. They are the persistent voice prodding at us again and again. Prodding at those in power and in the public that there is a serious problem that needs addressing. Activists are an inconvenient pressure that something is wrong.

As I said, I know a number of those in power, and with access to power, who find the Activist a roadblock to solving community problems. I have been told that they are unwilling to work collectively. Unwilling to work with institutions and governments. Unwilling to look at any solution but their own.

I think there is a lot of truth to this. I have known activist leaders who will not work with anyone with power or at the very least distrust those with power to do what they say they will do. I have to say though I have been lied to, or been disappointed by, those in power more often than by activists.

Activists or institutions though aren’t the real problem. No, the real problem is power. Those that have it, or have access to it, don’t want to give it up and those without want it. The result is those community problems that could have been fixed end up in disputes and bad feelings that degenerate into no solutions at all.

Someone told me recently that they thought that the Activists should publicly apologize to those with power in order to resolve the rifts of the past and get to the solutions that could help our community. What I found ironic and troubling about that statement is that there was never a mention of those with, and who have access to, power doing the same thing.

I, unlike some, want the activists in our community That have infuriated me at times. Still, they are there, day in and day out, insistently raising their voice and demanding that the decision-makers, influencers, and the public do something about the serious problems we have. After all wasn’t it the insistent voices that created the civil rights movement, women the vote, and freed India from colonial rule?