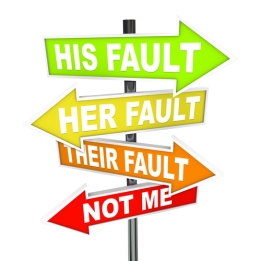 ON CBCs Ideas last night I heard Anand Giridharadas (@AnandWrites) brilliantly lay out the argument around the 1%, Charity, and how they have corrupted the process of Government. An amazingly brilliant articulation of a problem I have been thinking hard about for several years. It drove me to buy his book Winner Takes All which I started reading last night. Again brilliantly and cogently written so far. Anands writing feels good for me to read. It reinforces and illuminates much of what I have been thinking for decades. But in his interview on CBC he forgot to include a more critical group than the wealthy and powerful in his criticism. He forgot you and me.

Wages have not increased significantly for the average Canadian in 2 decades. Whose fault is that? Young people can not afford to buy a first home. Whose fault is that? There is a 20% child poverty rate in my community. Whose fault is that? Rich people fought against more transit locally so that those with our cars couldn’t ride the bus with more ease and reliability. The wealthy won. Whose fault is that? We think that Government is untrustworthy, the system is rigged against us, that we can’t get ahead, our media is corrupt, and that our leaders are not to be believed. WHOSE FAULT IS THIS?

We allowed our social safety nets to be degraded, our infrastructure allowed to crumble, to let the elderly be abandoned in homes during a pandemic, our leaders to act in corrupt ways, allow the rich build their wealth to heretofore unthinkable levels while the lower 50% of us have no longer a clear path to fulfilling the promise of our children having it better than we did. Whose fault is this?

We used to charge the wealth a 90% tax rate. When did we let that change? We used to tax corporation appropriately. When did we make that change? And when did we believe the still unprovable drivel that business was more efficient than Government? We need to stop believing in the hype, like social impact and social enterprise, that I am more important than we, and start remembering that the only power we have to make our world better for our children is through hard work and a fair chance to build our children future. Well, we’re working harder than we ever have before but a fair chance? No, that we don’t have. Because we let those with money and power bamboozle us with ideas that are provably untrue.

It’s time to correct the course we have wandered down these last 40 years and begin a process of self-correction where our children and our neighbours are more important than wall street, corporations, and what the wealthy think. They only way you can do this is with your ballot at the voting booth during an election. You will be amazed how fast those elected folk will change their tune if you forcefully demand it as an electorate.

Take your beliefs by the scruff and drag them into the light of day and give them a good looking over. Then reclaim the franchise of the old and ignored democratic process. Dust it off, give it a shine, and use to it to make the world a more just place with an equal opportunity for all—a better place for you, me, and our children.

After all, we need a better tomorrow, don’t we?