In the town where I live, I am often very lonely. I don’t have a lot of friends here and don’t see the ones I do have very often. There are some very concrete reasons for my absenting myself from friends and why I am often lonely. This town encourages loneliness, and many, many, many people have told me how difficult they find it making friends here. But this loneliness is not only about my town but also about your town ans the fact that loneliness not only happens here but happens everywhere in such massive numbers that I think it will effect our near and long term future.

I am sure you’ve read about the plague of loneliness that has gripped the western world. I am sure you’re aware of how exasperated that is with the arrival of this virus. It further strips people of any connections they have to other people, and the result is more isolation without any hope of connections to other people. I had read somewhere recently that there has been a huge increase over the last 5 years to help lines and that the volunteers who work those lines have regulars who call every day because that is the only connection to the world they have. Did you know that loneliness can lead to an increase of 30% in early death? I didn’t, but it makes sense to me. So those people who are calling helplines as their only source of social connection are more likely to die because of how alone in the world they are. Doesn’t that break your heart?

In Japan, the lonely and self-isolating are called Hikikomori. Japan has an official number of 1.15 million Hikikomori but experts tell us that this number is more likely 10 million. These people purposely withdraw from society. They are so hurt or bewildered by the world around them that they withdraw from all contact. Shutting themselves up in their apartments, never leaving. Many times they only come out when neighbours complain of smells and authorities investigate finding these poor individuals have died. I think I understand some of the reasons people become Hikikomori. The depths of their pain and hurt must be so extreme that they would rather not see anyone. Ever.

Why I am sharing all this with you? Well because I don’t think about this issue very often and am sure many of you never give it much thought either. More importantly, I want you to consider how we got to the point where people have to call helplines in order not to feel lonely. How did it come to pass that there is such an epidemic of loneliness that it is reported in the planets major newspapers as a substantial public health issue..

I believe that this global loneliness is also linked with the rise in bullying, loss of civility, our inability to see past our own point of view, and growing seeming indifference to one another. We humans are changing friends. We seem to be more lonely, less able to see opportunities for understanding and collaboration, and hardened and indifferent to the suffering that is growing around us.

I am not sure we can change the course we are on, and I would like to leave you with a typically hopeful ending to this kind of blog, but I am not sure I can. I know I am lonely, and I know you are likely alone as well. Both of us knowing this, we don’t seem to be able to connect and change the course of that isolation. So will we become a world of Hikikomori? This may be how many people end up. Unable to cope with the shattered world around them. I hope not, but I am unsure if we collectively have a heart big enough to overcome this and the rest of our problems.

I will look out my window, watch, and see what happens. 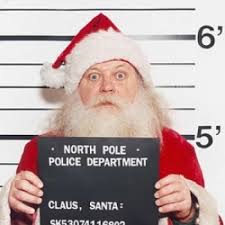 Merry Christmas and Happy Holidays to my London pals

WHYYYYYYYYY APPLE? WHYYYYYY? My IMac is a core 2 not a core 2 duo or I3 or I5 or I7 so I cannot upgrade to the new OS 10 LION. I am Bereft. Lost. Filled with unending woe. Now I must upgrade! WHYYYYYYYYYY

Your Shiny goodness will not be mine until I can shell out the shekels. Oh Apple you devilish temptress. I cannot resist your OS goodness. Damn you!! Damn you to HELLLLL.